NOW:  Did you ever wish you had superpowers?  Mine would be the ability to go without sleep.  Sure, there’s more glamorous things out there.  Time travel.  Teleporting.  Laser eyes (although I already have those, but I only use them for good).  Now, don’t get me wrong, I love sleeping.  It’s like my third favorite activity (behind eating, and playing with the kids).  But sleeping just wastes SO MUCH TIME.  And, I’m always tired anyway.

The 5 cups of coffee a day are not helping anymore…I need to up my intake.  So not only do I waste 7 hours a day sleeping, but it’s still not enough!  It would be so great if I could just constantly feel refreshed and awake and gain those 7 hours back.  I’d get so much accomplished. 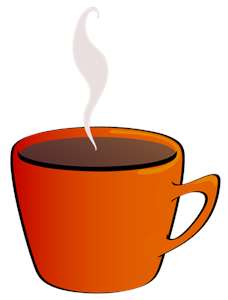 Coffee....You Can Sleep When You're Dead!

Especially if Tim and the twins still had to sleep. 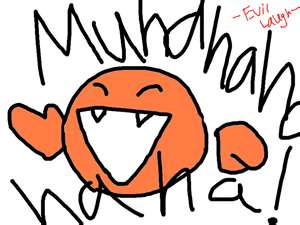 We have a lot of explorations going on in our house lately.  We explore with hats.  Anything and everything can BE a hat.

Anything and everything can WEAR a hat.

I suppose it doesn’t matter to SOME people that it’s 80 degrees out.  Hats are in style, Mama.  This is now.

All of these thoughts and more swam around in my head continuously.  I don’t think I was ever busy enough that they weren’t there.  They would be pushed to the side occasionally, but never to the back of my head.  The other thought that plagued me was “relax.”  I’ve mentioned this before.  This is everyone’s reaction when you tell them you’re having a little trouble getting pregnant.  They mean well (keep telling yourself that).  They really do.  They don’t know what else to say.  Unless they’ve gone through it before, but in my case I didn’t have anyone like that.  Even when we tried to relax – booked our Disney Cruise, ok, we’re going to relax.  It was also another reminder of; am I ever going to have a child to send off to play in the Oceaneers Lab while I go sit by the pool with Tim?

Going through Unexplained Infertility was probably the hardest thing I’ve ever done.  I think the reason is because it was COMPLETELY out of my control.  In the past other things that were difficult suddenly seemed easy because I could control my good grades, or how I looked (to a certain extent), or how to deal with my family/friends and issues that arose.  The only way I could control my infertility issues was to **try** different methods – drugs, tests, procedures.  But it was still just trying, no guarantees anything would work.  That’s why relaxing doesn’t seem like a viable option.  And that’s why those questions keep coming back to haunt you all day, all night.  And that’s why you can’t relax.  And there’s those questions.  Relax.  But…..what if I can’t?  It was a vicious cycle.  One of my mantras became the first 2 lines of the Kanye West song “Stronger” http://www.youtube.com/watch?v=PsO6ZnUZI0g.  “That, that, that, that, that don’t kill me, can only make me stronger.  I need you to hurry up now, cuz I can’t wait much longer.”  I often sang it to my (empty) belly.  That was then.

Question: What super power would you want?  Why?

Things I’ve Written About in the Past